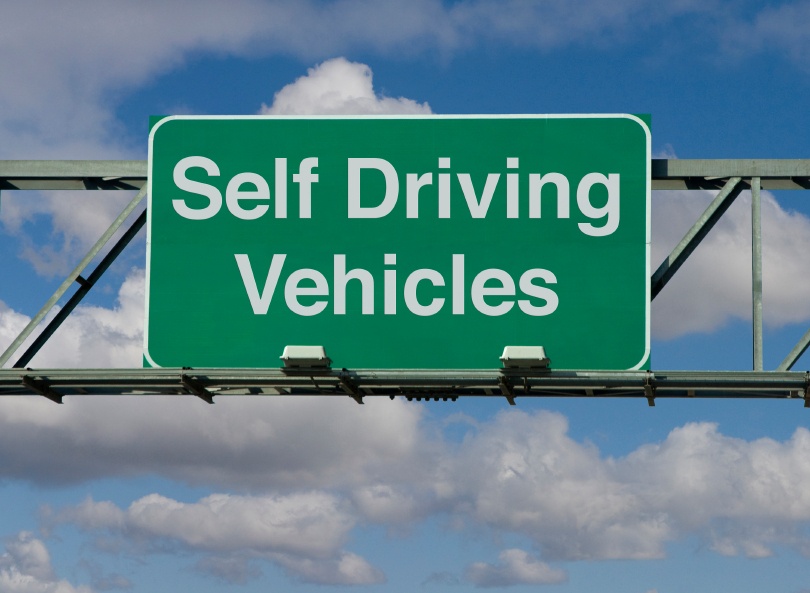 Google has been testing its driverless car technology since 2009, but a recent report suggests self-driving cars have hit a bump in the road.

Google tests many of the cars in California, and the state requires the company to submit reports on the results of its experiments. According to the Motley Fool, the most recent results showed 341 disengagements. That’s Google’s term for a moment when the test drivers felt the need to take back control of the car, either because of a failure of technology, or because the driver felt unsafe allowing the car to drive on its own.

This isn’t to say that driverless technology won’t happen. Some estimates have 10 million self-driving cars on the road by 2020. And self-driving trucks may not be far behind.

Daimler unveiled the world’s first self-driving semi last May in Nevada. According to Wired, the Freightliner Inspiration offers “a rather limited version of autonomy.” The truck takes control only on the highway. It won’t pass slower vehicles on its own, and will alert the human driver that he or she needs to take over in situations the truck doesn’t feel confident to manage, such as snow-covered roads.

Meanwhile, the U.S. Army has worked with Lockheed Martin to develop technology that allows nearly any Army vehicle to navigate on its own in urban and rural environments, negotiating things like intersections, pedestrians and on-coming vehicles.

Companies all over the world have begun exploring the use of self-driving trucks.

“Already in Australia, the world’s most truck-dependent nation, mining giants such as Rio Tinto are using remote controlled lorries to shift iron ore around massive mining pits,” Reuters reported last month. “Now the country’s road transport companies are modernizing fleets to ensure that when their industry goes autonomous, as early as the end of the decade, they are ready.”

Speaking to the Material Handling & Logistics news website, Ted Scott of the American Trucking Association said that autonomous trucks are only a matter of time. He noted that some semi-autonomous features are already being incorporated into trucks, and questioned whether autonomous trucks will still have a driver in the cab.

By putting driverless cars on the road, the trucking industry could potentially reduce the number of accidents and solve its driver shortage. Yet Scott sees a future where driverless trucks are the norm as “a long way off,” because the move would need the support of the public and the government.

And while the public may be interested in autonomous driving, there’s a difference between “a personal car handling itself and 40-ton 18-wheeler barreling down the highway without a carbon-based life form inside,” Wired’s Alex Davies wrote last year in his look at self-driving trucks. That concept, he said, “would be terrifying” to the public.

Davies’ piece quotes Martin Ford’s book Rise of the Robots, which deals with jobs and technology: “While the trucks may indeed soon be able to essentially drive themselves, the staggering destructive potential of these vehicles probably means that someone is going to remain in the driver’s seat for the foreseeable future.”

Or as Daimler’s Sven Ennerst said: “We don’t want to get rid of drivers. We want to make their lives more efficient and more easy.”

When that change will happen remains to be seen. The company says it will take a decade of testing before its version of autonomous trucking is ready for consumers.

{{cta(‘4e9ac2e7-7348-4349-998b-0a10e0dd24a4′,’justifyright’)}} Meanwhile, some members of the trucking industry have downplayed worries that driverless-trucks will replace drivers, as many countries struggle to find qualified truckers.

“The whole time I’ve been trucking, the railways have been going to replace me, but that hasn’t happened,” Kevin Baxter, a former Australian trucker turned business owner told Reuters. “At the moment, our concerns are finding enough drivers.”

No matter who’s driving your trucks, one thing will remain the same: they’ll need fuel. Sokolis Group can help your company manage the fueling plan for your fleet, whether we’re negotiating fuel prices, determining if bulk or mobile fueling is a good fit, or assisting you with a fuel card program.

Contact us to learn more about how Sokolis Group can help your fleet run smoothly, no matter who’s driving your trucks.