Crude oil prices opened July slightly over $74/barrel following a rapid increase after OPEC’s meeting near the end of June.  Prices held steady near $74 for the first 10 days of July but fell back and traded near $70/barrel for the remainder of the month.  The following graph shows the daily price movements over the past three months: 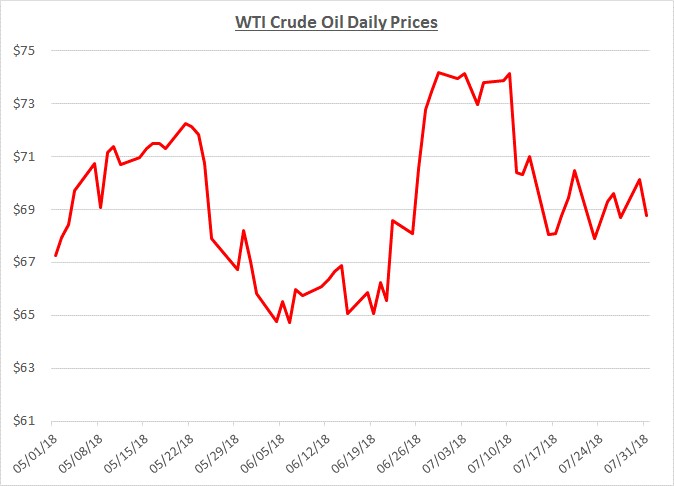 The rapid price increase following the OPEC meeting in June was primarily attributable to concerns that their agreed upon production increase would not be enough to offset declines caused by economic sanctions on Iran, political turmoil in Libya and Venezuela, and a production outage in Canada.  Overall support for rising prices also continues to be driven by strong global demand while inventory levels have declined.

As the middle of July approached, oil prices declined quickly for several reasons; a significant production increase was reported by Saudi Arabia, Libyan rebels allowed production to resume in some areas, waivers to allow some purchases of Iranian oil were being considered by the US, and the Canadian outage was projected to be resolved by August.

Despite the rapid price increase near the end of June, the decline by mid-July caused the average price of oil for July to only be slightly higher than June.  The average monthly wholesale prices for diesel and gas also barely changed while retail prices declined slightly.  The graphs below show the movement of crude oil (converted to gallons) along with wholesale and retail fuel prices over the trailing 15 months: 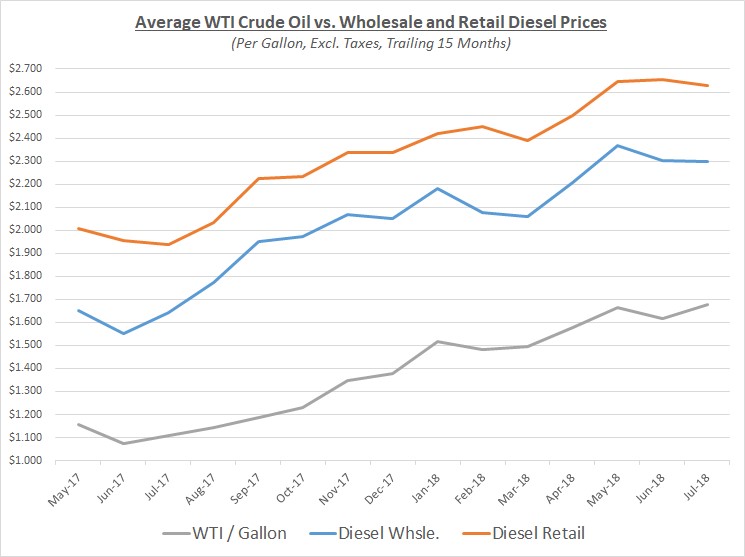 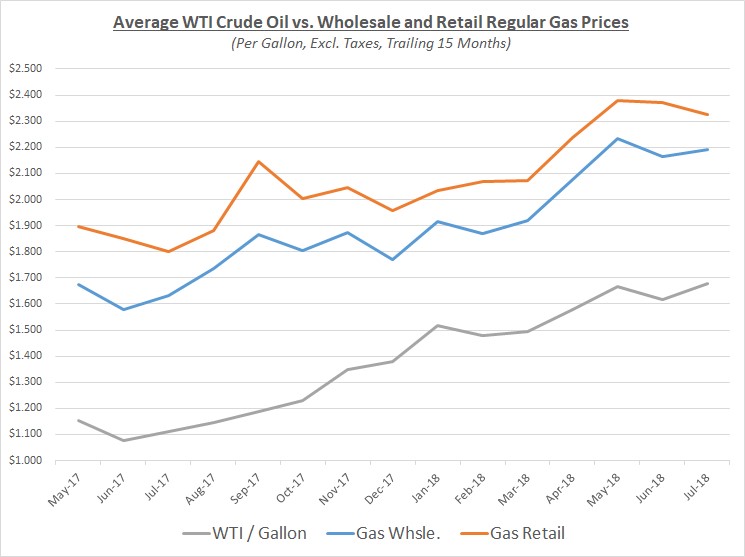 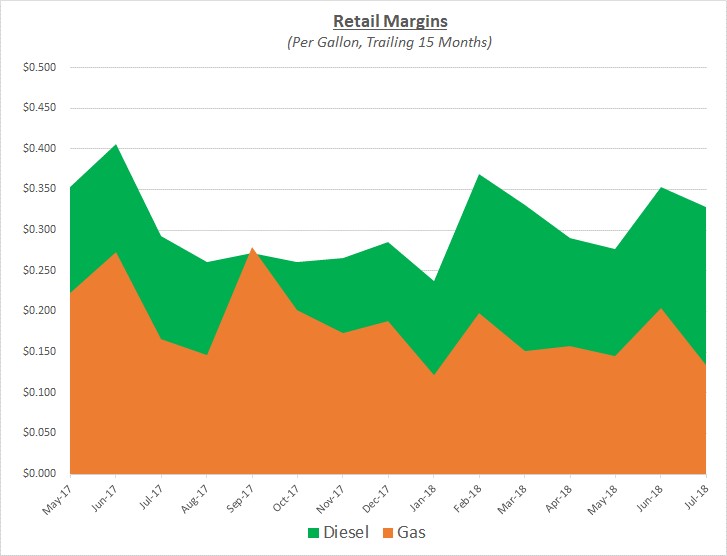 Sokolis Group anticipates crude oil prices will continue to fluctuate near $70 for the foreseeable future but the possibility of prices rising quickly again remains strong due to significant concerns about supply disruptions from the Middle East.  A primary factor is the implementation of economic sanctions against Iran that are scheduled to take effect in early August.  Those concerns are compounded by recent attacks on Saudi Arabian oil vessels by Iranian-backed Houthis rebels based in Yemen.  As a result, Saudi Arabia suspended oil shipments through the Red Sea’s Bab al-Mandeb strait.

Iran has also made retaliatory threats in response to the sanctions which include blocking the Strait of Hormuz, a major shipping channel in the Persian Gulf, where almost a third of global oil supplies must navigate.  While this tactic is considered extremely risky for Iran, any attempt to block the Strait would likely be met with military action by the US directly and/or US-backed Middle East allies, including Saudi Arabia. If a military conflict does occur in the region, the likely result would be a rapid spike in oil prices.