The month of July opened with oil prices approaching $60 per barrel.  By the 10th of the month, prices climbed slightly over $60 and remained at that level for a few days.  However, prices fell back to the mid-$50’s as the second half of the month started.  Prices subsequently traded in a narrow range near $56 during the last 10 days of the month but finally closed the month over $58.  The following graph shows the daily price movements over the past three months: 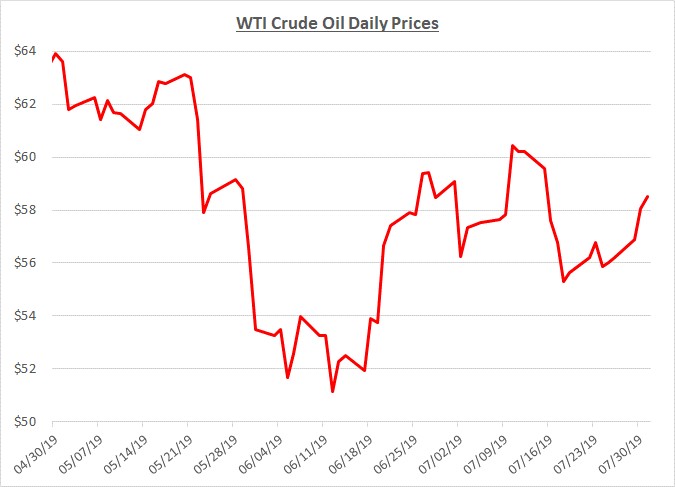 The start of July followed a significant increase in oil prices during the last half of June.  That increase was driven by political tensions in the Middle East along with optimism about the US and China agreeing to resume trade talks.  Prices lost some momentum in early July but resumed increasing as the middle of the month approached.  The increases were based on inventory levels declining along with a weak hurricane in the Gulf Coast that raised concerns about supply disruptions.

Heading into the last half of July, prices began to quickly fall toward the mid- $50’s.  The decline was attributable to several factors; the Gulf Coast storm passed without a significant impact to supplies, tensions in the Middle East were somewhat reduced, and news about China’s slowing economy indicated potentially weaker global demand for oil.

During the last week of July, prices rose again as inventory levels continued to decline.  In addition, optimism grew regarding global economic activity and future demand for oil; the US and China began face-to-face talks to resolve their trade dispute, plus the US Federal Reserve reduced interest rates.

Average prices for oil and wholesale fuels were slightly higher in July compared to June primarily because prices had risen quickly during late June.  However, the typical lag in retail prices resulted in trends that did not reflect the underlying wholesale price movements.  Diesel retail prices continued a slow decline that began in May while gas retail prices were flat compared to the previous month.  The graphs below show the movement of crude oil (converted to gallons) along with wholesale and retail fuel prices over the trailing 15 months: 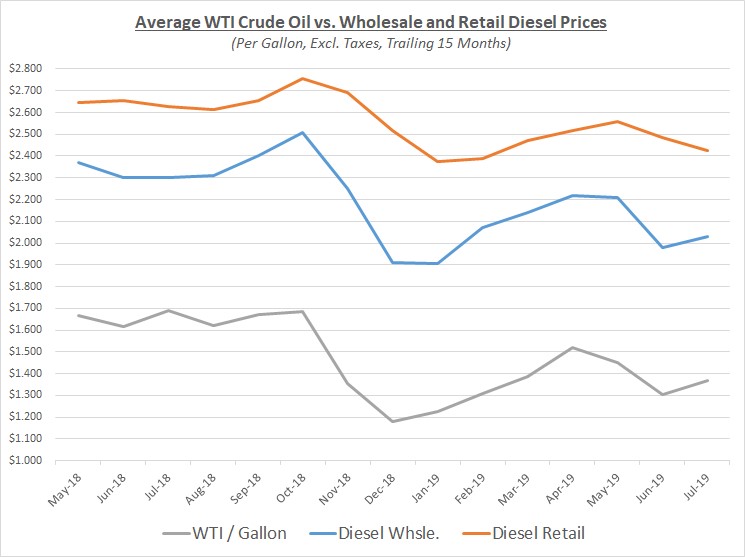 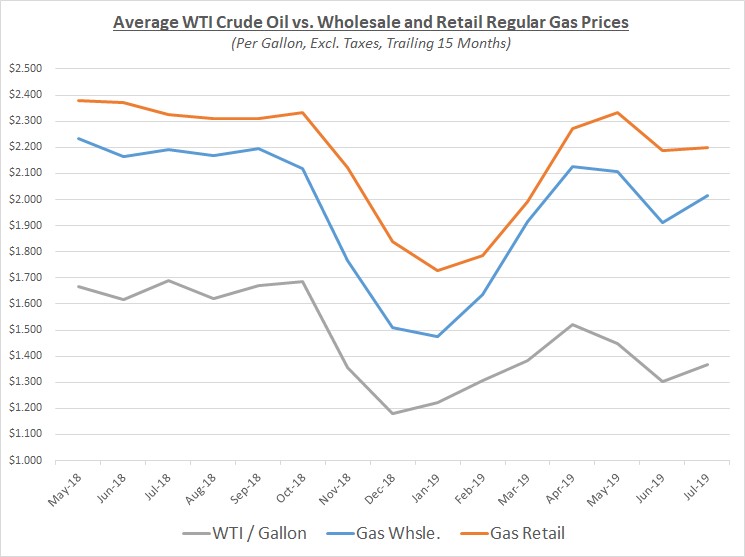 Due to the way average wholesale prices increased in July while retail prices lagged, retail margins declined, although they were still at relatively high levels.  The following graph shows retail margins for diesel and gas over the trailing 15 months: 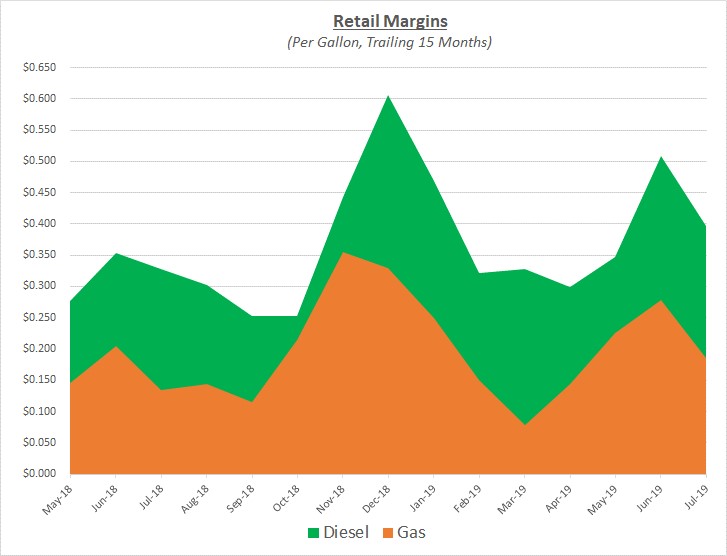 As we look toward the second half of the year, Sokolis Group continues to anticipate that oil prices will reach $60 per barrel and potentially climb beyond the mid-$60’s.  As we have previously noted, prices are likely to increase based on factors that include a potential resolution of the US-China trade conflict, extended production cuts by OPEC and Russia, tensions in the Middle East, and compliance with IMO 2020.