As 2019 got underway, fuel prices started to rebound after rapidly declining during the fourth quarter of 2018.  January prices opened the month at just over $45 per barrel and closed at just under $54, a 16% increase.  The following graph shows the daily price movements over the past three months: 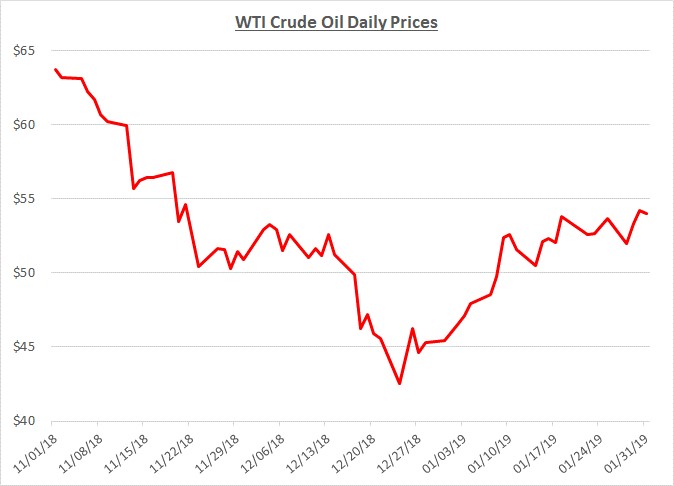 The rebound in prices was primarily caused by the announcement in December from OPEC and Russia that they would reduce production in early 2019 to help support prices.  Shortly after the start of January, Saudi Arabia reported that its recent oil production had fallen below what was anticipated from the production cuts which helped support prices.

In addition to the production cuts, near the end of January, the US implemented economic sanctions against Venezuela in response to the political and economic conflict in that country.  Venezuela’s oil production had deteriorated over the past few years but removing their limited amount of supply provided further support for rising prices.

Due to the way oil prices declined throughout December followed by increases throughout January, the average price for each month was relatively unchanged.  Average wholesale prices for diesel and gas were also relatively unchanged.  However, retail prices for diesel and gas continued falling as they lagged behind wholesale’s decline during the fourth quarter of 2018.  The graphs below show the movement of crude oil (converted to gallons) along with wholesale and retail fuel prices over the trailing 15 months: 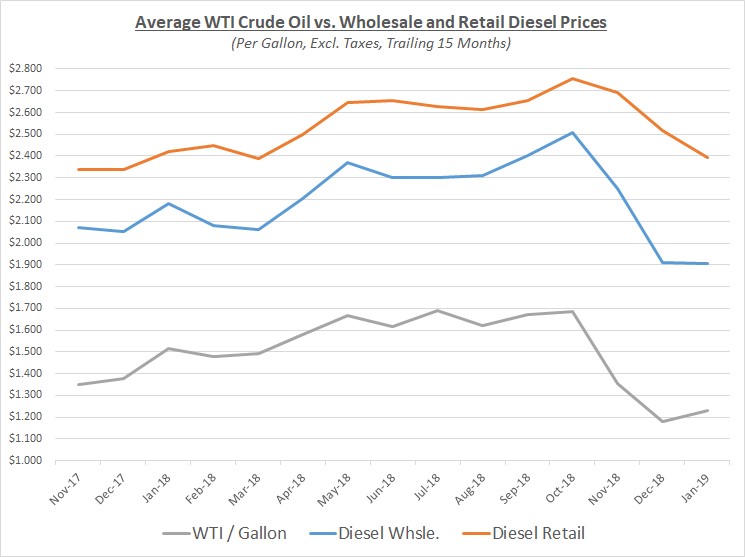 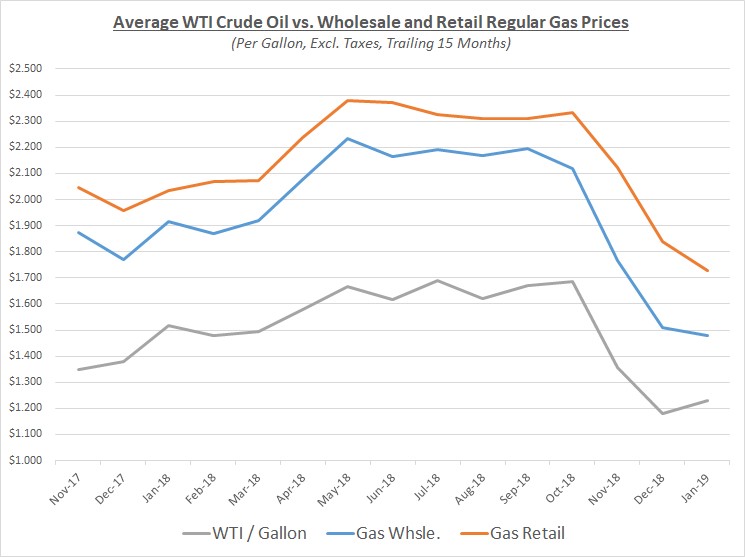 As retail prices continued decreasing while wholesale prices flattened, retail margins started to decline.  Despite the reduction, retail margins remain at relatively high levels not seen in many years.  The following graph shows retail margins for diesel and gas over the trailing 15 months: 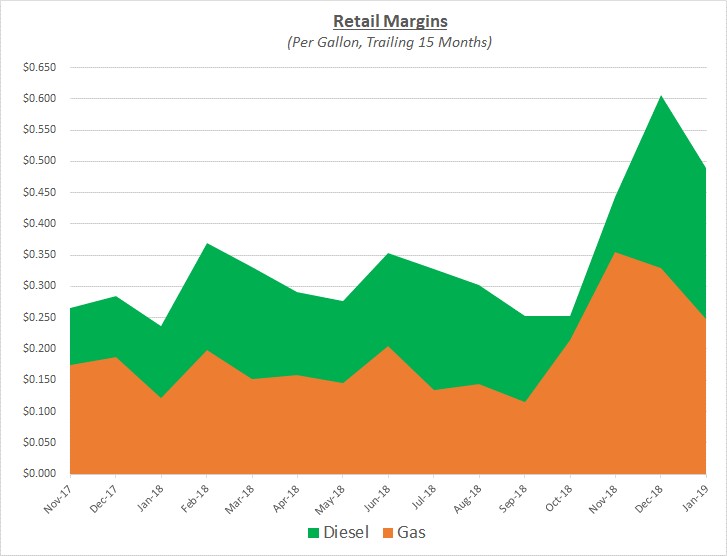 Sokolis Group anticipates oil prices will remain in the low to mid-$50’s for a short period but will likely increase to $60 and beyond by the second half of the year.  The major factors to support rising prices include the production cuts by OPEC and Russia, the recently imposed economic sanctions on Venezuela, the expiration of Iranian sanction waivers, along with the possibility that the US and China may find a way to resolve or scale back their trade war.

In addition, as we previously communicated, IMO 2020 will start putting more upward pressure on prices later in 2019.  As a reminder, this is a new rule that will require ships to start burning cleaner fuel.  The transition from bunker fuel to diesel fuel will increase demand for diesel which is already running at high levels.