Oil prices continued climbing higher throughout December, gaining over 10% to close the month and year at $61 per barrel.  Over the past year, oil increased by more than 33%.  The following graph shows the daily price movements over the past three months: 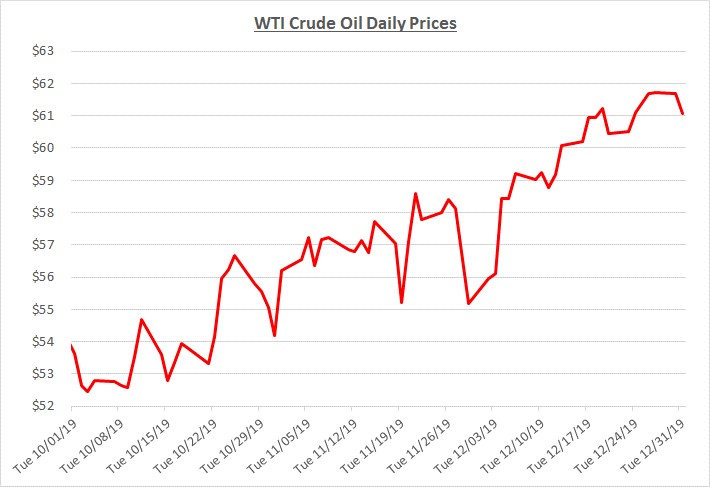 During December, two primary factors caused oil prices to move higher.  The first, during early December, was a surprise announcement from OPEC regarding their agreement to make deeper cuts in production.  The second, near the middle of the month, was an announcement that the US and China had reached a phase-one agreement toward resolving their trade war.  The anticipated supply reductions by OPEC combined with the renewed optimism toward global trade activity drove prices above the $60 mark.  The last time prices reached $60 was briefly during mid-September following an attack on Saudi Arabia’s oil production facilities.

Although December’s overall average price for oil increased compared to November, prices for refined fuels did not follow.  One of the main reasons fuel prices did not move up was because refining margins, commonly measured as the “crack spread,” declined which is typical during this time of year.  The 3:2:1 crack spread is based on producing two barrels of gas along with one barrel of diesel for every three barrels of oil.  The following graph shows the spread over the trailing 15 months: 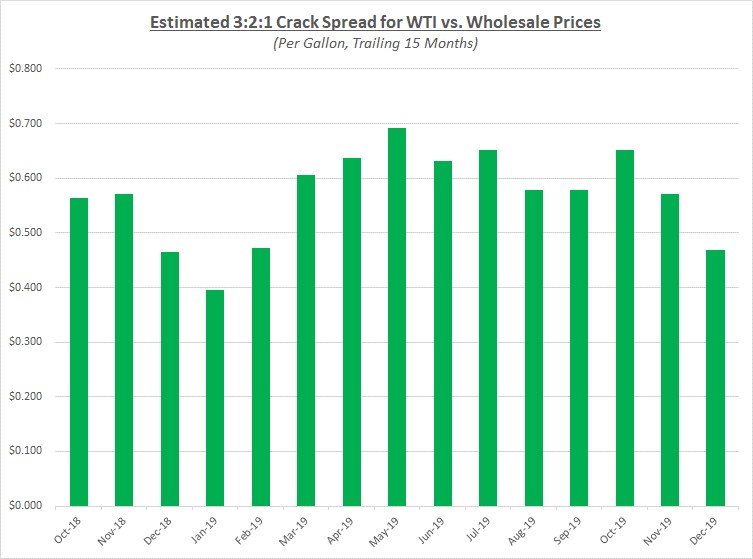 Since diesel demand is typically strong during the colder months of the year, prices barely changed as the higher oil prices were offset by the lower crack spread.  However, gas prices declined modestly due to the combination of the reduced spread and slower demand during the colder months of the year.  The graphs below show the movement of crude oil (converted to gallons) along with wholesale and retail fuel prices over the trailing 15 months: 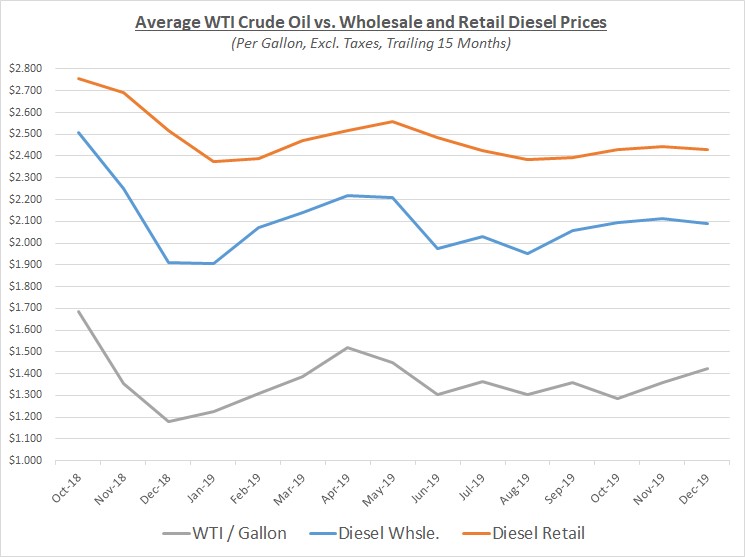 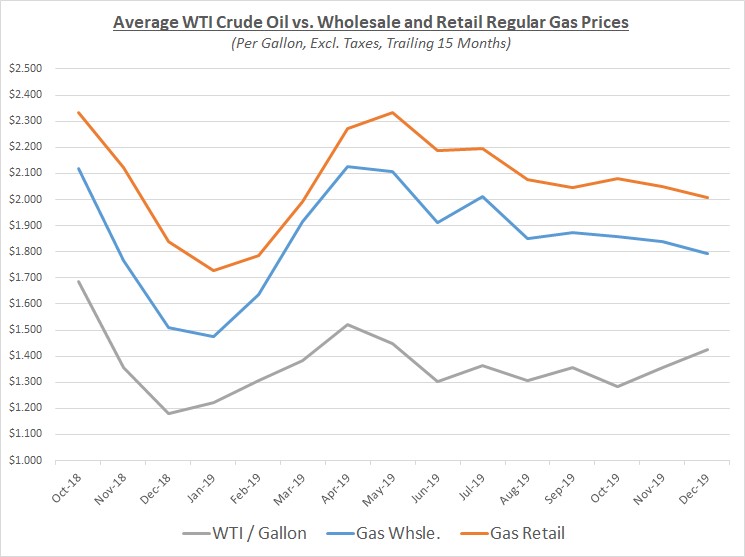 For both refined fuels, wholesale and retail prices moved similarly.  As a result, margins were relatively unchanged and continued to run at their typical levels.  The following graph shows the margins for over the trailing 15 months: 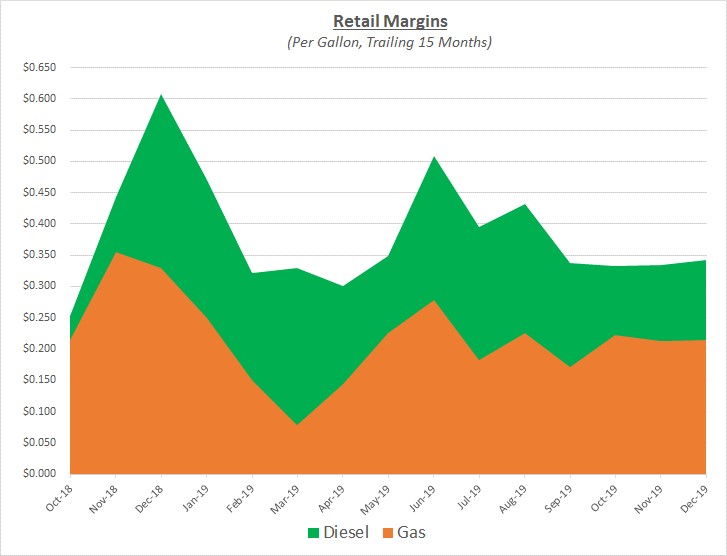 As we begin 2020, Sokolis Group anticipates oil prices will continue to trade in the low- to mid-$60’s with greater potential to increase rather than fall back towards the $50’s.  Political and military conflicts are always a wildcard that can cause prices to spike at any time.  As we ended last year, air strikes were conducted by the US in Iraq and Syria.  These were followed by protesters storming the US embassy in Iraq as the US blamed Iran for stoking the tensions.  And most recently, a US drone strike killed one of Iran’s most senior military leaders as he traveled in Iraq.  Iran has vowed military retaliation.  As the tensions continue to rapidly rise in the Middle East, the risk of fuel supply disruptions also increases and may drive prices higher.

Additional supporting factors for rising prices include OPEC’s deeper production cuts, although the impact remains to be seen, particularly with compliance levels.  Also, continued progress toward unwinding the US-China trade war is anticipated to take place as the phase-one agreement is scheduled to be signed mid-January.  Finally, we should begin to see the true impact of the IMO 2020 maritime fuel transition which went into effect on January 1st and is expected to increase the demand for oil and diesel fuel.