September had a volatile period for oil prices following a relatively stable stretch for most of August.  The month opened with prices near $55 per barrel but sharply increased to over $62 during mid-September.  Shortly after the spike, prices quickly fell back to the mid-$50’s and remained in that range.  By the end of the month, prices closed just over $54, roughly where the month began.  The following graph shows the daily price movements over the past three months: 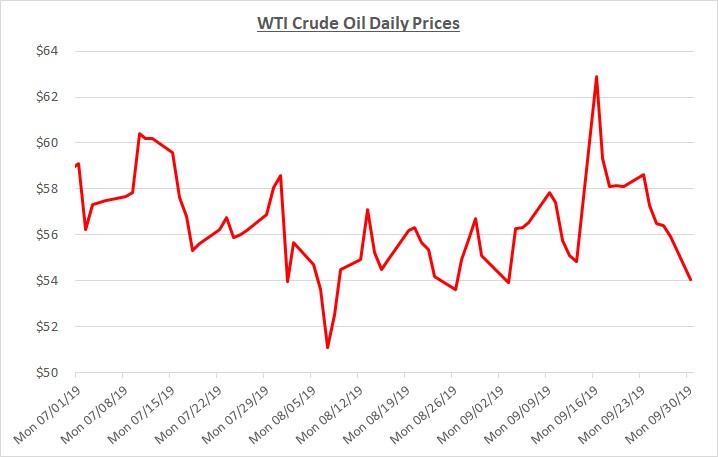 In early September, prices started climbing modestly as OPEC reaffirmed their production cuts through the end of the year.  Then, a rapid and significant increase in prices occurred during the middle of the month following a missile and drone attack on Saudi Arabia’s oil refining facilities, attributed to rising tensions with Iran.  Concerns about escalating military action in the Middle East in retaliation for the attack along with expectations of a major disruption to oil supplies caused the spike in prices.  The Saudi facilities had been producing approximately 5% of the world’s oil and initial estimates of the damage indicated it would take many months to restore full operations.

Although it appeared that prices might continue climbing after the attack, they quickly began to decline when a military response did not occur despite continuing accusations of blaming Iran and high tensions in the region.  In addition, Saudi Arabia reported they were able to quickly restore a large amount of production capability and claimed that full operations would resume within weeks.

As a result of the events in September, overall average prices for oil and wholesale fuels increased compared in August.  However, diesel retail prices remained flat while gas retail prices continued their slow decline that began in the spring.  The graphs below show the movement of crude oil (converted to gallons) along with wholesale and retail fuel prices over the trailing 15 months: 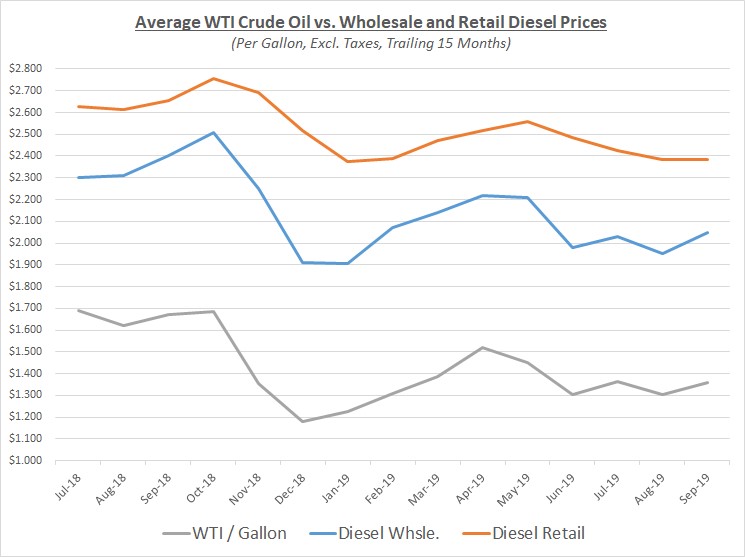 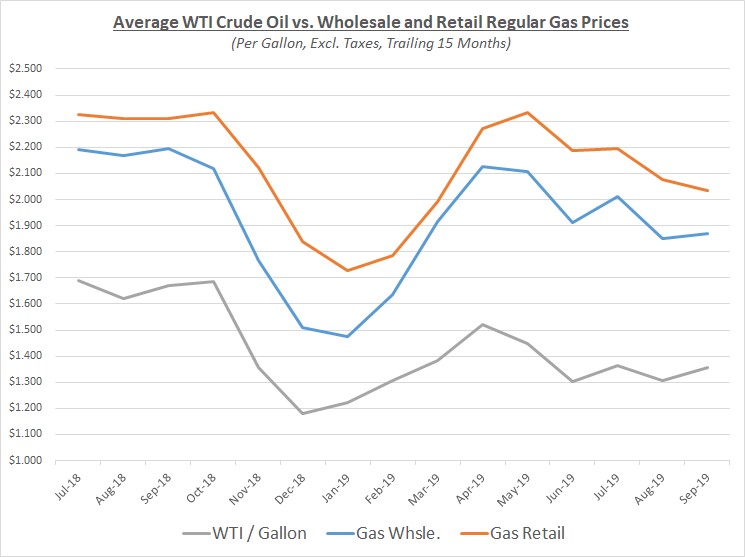 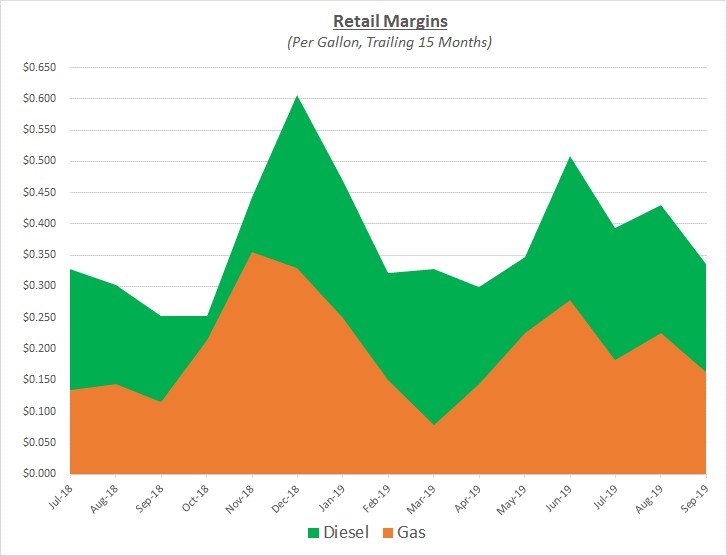 Looking toward the remainder of the year, Sokolis Group continues to anticipate that oil prices will climb back to $60 or more per barrel.  The ongoing tensions in the Middle East certainly create the possibility of even higher price spikes.  There have also been some reports doubting the Saudi’s ability to fully restore production as quickly as they have indicated which could tighten supplies as inventory levels decline.

As we have previously noted, there are several additional factors that support rising prices; OPEC and Russia have extended their production cuts through the end of the year, and possibly into 2020, in their effort to tighten supply.  Plus, face-to-face negotiations toward resolving the US-China trade conflict are scheduled for October.  Lastly, the deadline for the IMO 2020 maritime fuel transition is approaching which is anticipated to increase demand for oil and diesel fuel.