During August, crude oil prices started the month near $70/barrel but fell toward $65 by the middle of the month.  Prices began rising again during the last half of the month and closed near $70 again.  The following graph shows the daily price movements over the past three months: 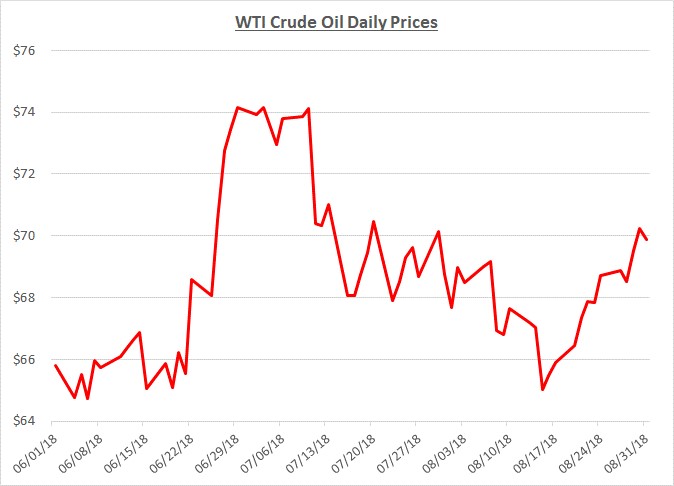 The price decline during the first half of August was mainly due to concerns that economic growth and future demand for oil could be curtailed by the ongoing trade war between the US and China.  In addition, economic sanctions on Iran started to be implemented but did not result in any military response previously threatened by Iran.  As tensions in the Middle East appeared to settle to some extent, upward pressure on oil prices was relieved.

The increase in prices during the second half of August was partially driven by plans for the US and China to resume their trade negotiations.  Although those discussions did not result in any breakthroughs, optimism remained for progress during future talks.  In addition, prices were driven higher by new reports of strong demand and inventory levels continuing to decline.

Due to the way oil prices declined during the first half of August followed by an increase during the second half, the average price for the month reflected only a slight decline compared to July.   Meanwhile, wholesale prices for refined products were relatively unchanged while retail showed slight declines.  The graphs below show the movement of crude oil (converted to gallons) along with wholesale and retail fuel prices over the trailing 15 months: 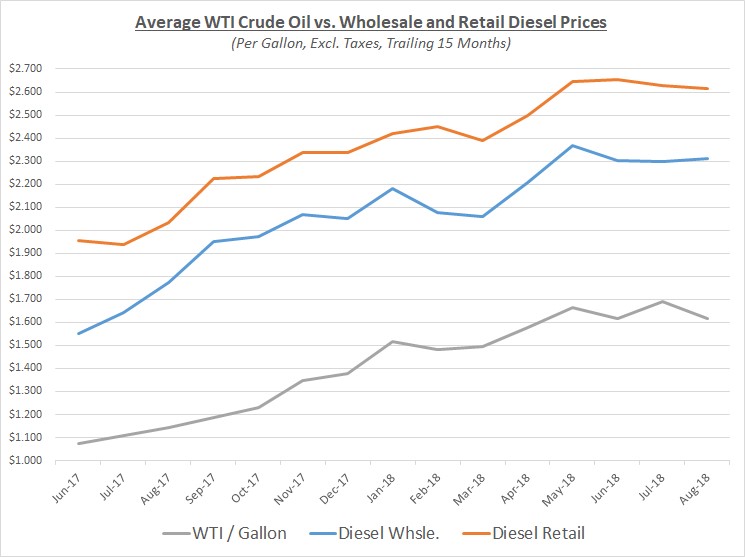 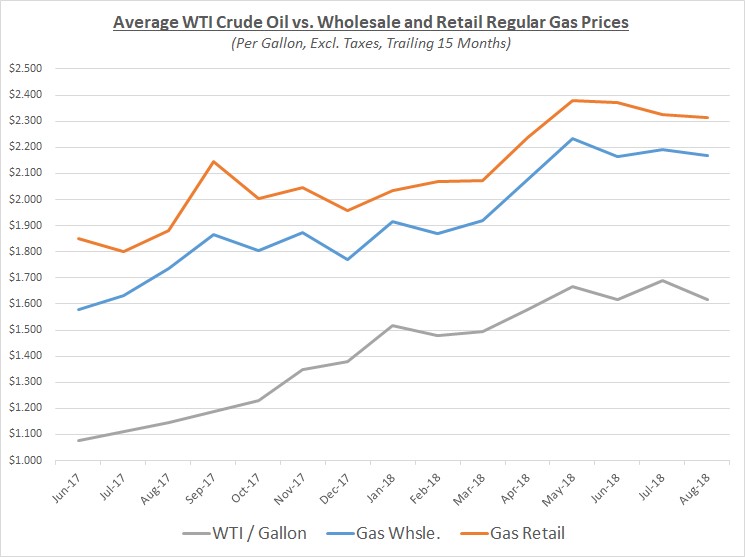 Since wholesale prices for refined products remained relatively steady from July to August while retail prices declined slightly, retail margins did not change significantly.  The following graph shows retail margins for diesel and gas over the trailing 15 months: 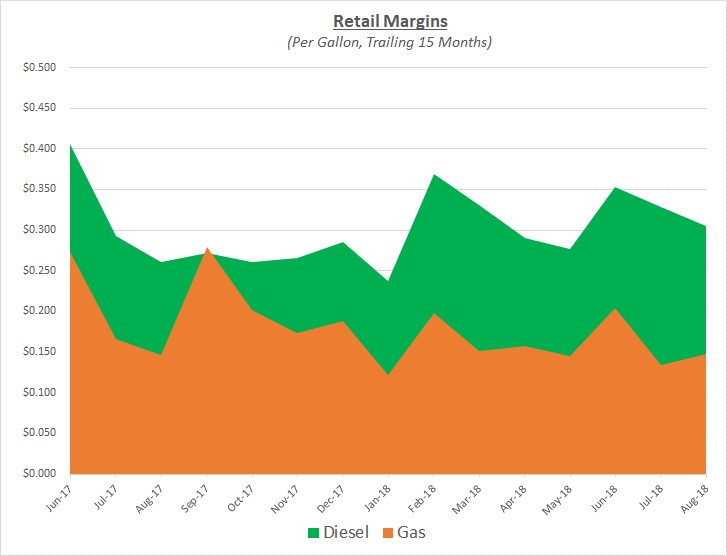 Sokolis Group anticipates crude oil prices will continue to fluctuate near $70 for the foreseeable future.  However, there is still a significant possibility that prices could increase sharply over the next few months if supplies from the Middle East continue to tighten due to sanction on Iran and oil inventories decline further.

Looking further toward 2019 and beyond, additional upward pressure on prices is expected because of new rules by the International Maritime Organization (IMO) regarding the type of fuel that large shipping vessels are required to use.  Currently, they use something referred to as bunker fuel which is practically a by-product from the oil refining process.  The IMO’s new rules will require ships to use low sulfur diesel to reduce air pollution which is similar to what happened to trucking fleets in the US a number of years ago.